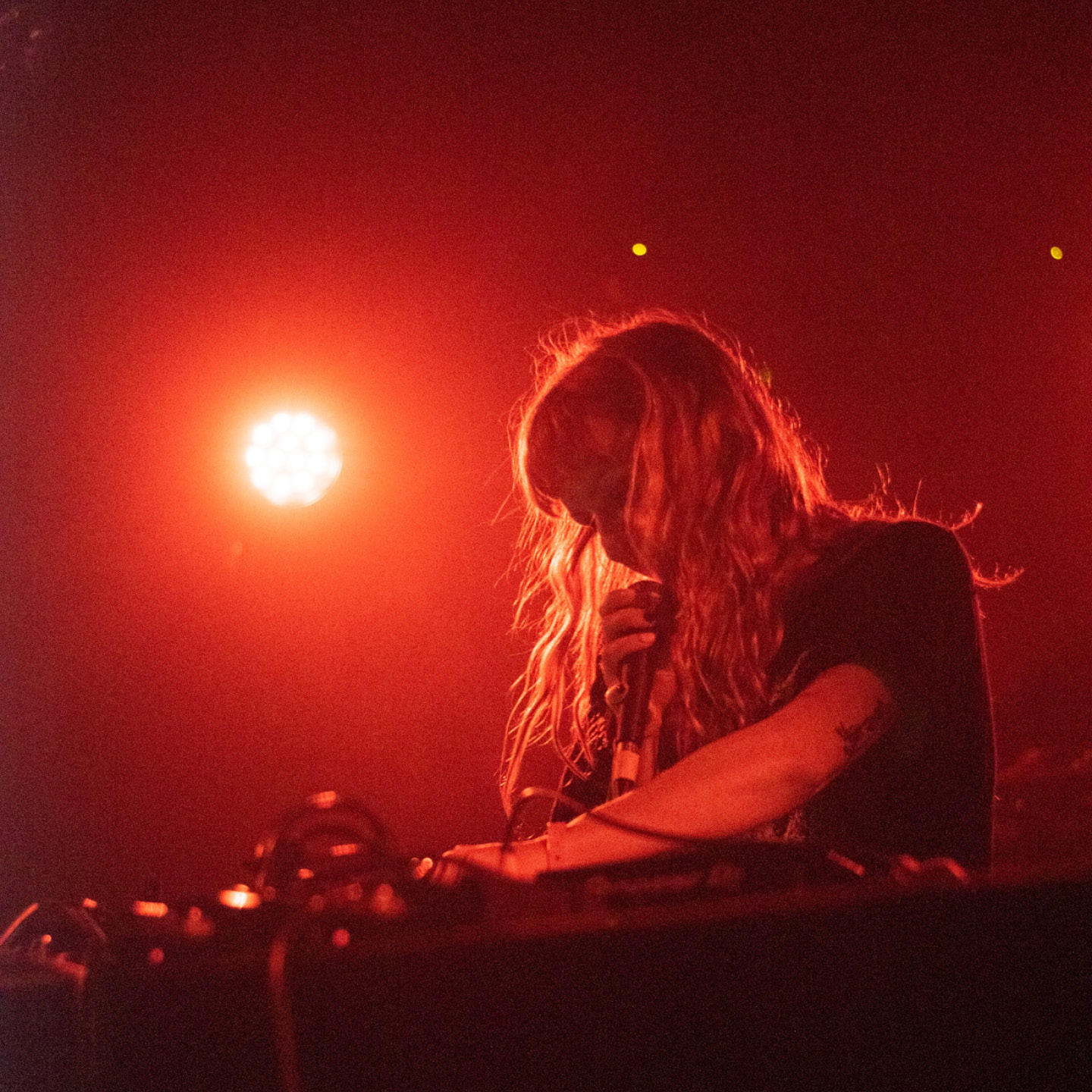 "The concept conjures up snapshots of escape, freedom, and the disposal of ego in the face of a cool night breeze lashing at one’s hair."

Words by The Right To Dance

From Cologne, Germany via Washington, D.C., Swan Meat is a producer and DJ who merges the 8-bit nostalgia of old RPGs with a neo-rave sensibility. Reference heavy, her maximalist and full-powered sound has garnered her residencies on London’s Rinse FM station and Germany’s dublab outlet. Breaking from her more gabber-infused club-sets, she now offers an ebullient take fit for the road.

Titled 'ROAD / WARRIOR / MUSIC', the mix is organised around the freedom and escape conjured through long drives, and can be heard alongside a Q&A on finding solace in dance music and the club as a safe space. Become a TRTD member for access to the download and tracklist with all profits donated to War Child. For the latest music from Swan Meat, head to her Bandcamp.

First off, a huge thank you for donating your time to the TRTD Mix series. Why is The Right To Dance and War Child something you want to lend your support to?

When I was introduced to War Child, the organisation’s focus on children in zones of conflict struck me as particularly important. Outside of my work as a music producer, I’ve worked with young people, both as an English teacher and a guitar teacher. As such I know for a fact that young people are some of the smartest, funniest, most perspicacious people on earth. Children in zones of conflict have zero say in the cutting short of or postponement of their bright futures—and it is these children we in areas of relative stability we often overlook in the name of politicking. I’m from the USA, and that our government has spent so much money sending deadly weapons to a place like Ukraine and has spent so little actually sending aid that could help the most vulnerable survive is shameful. As such I of course want to lend my voice, albeit small, to War Child’s cause.

Throughout history, people have fought for the right to dance for a variety of reasons, from the personal to communal. Why is dancing and, more broadly, dance music such an important part of your life?

I grew up a consummate weirdo. As a young person I found it immensely difficult to make friends, suffered the taunts of bullies, the whole nine yards. When I was 7 I began playing the violin, and from that moment on music was the only place I could seek solace. Upon discovering club music this became my solace. Dance music has an essentially radical history, and though it’s been corporatised in so many ways, I believe this core is still there, beating like a heart. To me there is truly no better feeling than sharing the music I produce with other people. Especially when they can dance to it!

Could you tell us why you chose to theme your mix around ’ROAD / WARRIOR / MUSIC’, how does that tie in to our four core pillars of 'Community, Freedom, Identity, Self-Expression', and how does your mix represent your theme?

I can’t drive— I have my license, but I’m still scared to get behind the wheel of a car and merge onto the highway. Even so I’m obsessed with the concept of long drives in the middle of the night: the concept conjures up, for me, snapshots of escape, freedom, and the disposal of ego in the face of a cool night breeze lashing at one’s hair. I’ve never, however, made a club mix that is suitable for this particular milieu. In the states, driving is a necessary evil. It goes without saying that so many of the wars innocents are caught up in against their will are fought because of petrol: the stuff that powers this necessary evil. As such this mix isn’t really made for or about driving. It’s more like, music for road warriors, and not in the Mad Max way. Music to soundtrack a long journey. Ultimately, this mix is just made up of music I think is really fun.

Are there any particular tracks from the mix you’d like to highlight?

I usually get booked to DJ under the expectation that I’m going to play this super high-octane, gabber-infused, 160BPM and up music. The fact of the matter is, though, that shit gets tiresome. This mix highlights some tracks that people wouldn’t “expect” (which is ridiculous!) me to play as Swan Meat that I love. There are some awesome breaks on this one: from “Fluid Theory” by Gamma Intel, “Candy Shoppa” by a producer called Umbro Supersport, from a Ukranian-run label called Suckpunk that’s done much to bring attention to the Ukranian cause in the off-kilter club world. “Mordor” by one of my heroes, Aaron Spectre. I also want to highlight some of the cool trancier tracks I’m mixing here, like Serenity Pill’s “Paradox”. I don’t produce this kind of music myself — I’m cursed to be a maximalist for life — but I love the concept of a big kick and bass and then one soft, twinkly melody line woven throughout, absent of obnoxious sound effect accoutrement.

Taking a step back, how has ROAD/ WARRIOR / MUSIC been important to your journey in music?

I’m a child of divorce, so as a kid I lived a sort of peripatetic lifestyle. It felt my mom, brother, and I were always packing up and moving somewhere, for reasons I didn’t quite understand. As a little girl, I was always accompanied by first a portable CD player, then a golden iPod mini, et cetera, on these journeys to new, unfamiliar places, and my “road warrior music,” then, consisted of classical symphonies, anime soundtracks, and later on, metal. Were I to pack up and move again, now, as an adult, I think I’d want to listen to this mix; it’s fun and ebullient and eschews, I hope, the schranz “dark techno” zeitgeist.

Are there communities or moments within dance music culture that have felt unifying to you?

To answer this question would necessitate an entirely new interview. Yes! For time’s sake, I’ll give only a few examples, recent ones, that I encountered on my recent tour of North America. The first stop on my tour was Austin, Texas, where my now-friend Tilly DJs as and throws parties called “Directress,” which, it was clear to me, are safe havens for queer kids in the middle of a state that seems to be becoming ever more right-wing and reactionary. Or when I played this party in Montreal called Hauterageous run by my friend @mossymugler, where it felt like everyone came together in an explosion of unabashed self-expression. I’ll never forget, also, playing my friend, the DJ Renata’s, party in Beirut, Frequent Defect, in 2020, right before Covid and while the revolution there was still going on. It was an honour to play a live set for all these kids who were coming together to dance despite so much trauma & turmoil outside the confines of the club space which, indeed, in those moments felt like a safe haven.

If you could go back to any dance floor in history, what would it be and why?

Honestly, I’d like to be transported back to early jungle raves in the UK in the early 1990s. Like, imagine seeing Kenny Ken or Goldie DJ live. I can’t! I can’t imagine it. To me, drum and bass, breakbeat hardcore, and jungle in particular are those genres which to me are *the* most evocative and euphoric. Back then, the techniques producers were using to cut up and modify samples and compose jungle tracks were so innovative and weird and groundbreaking. I would love to go back in time and hear, like, “Dread Bass” by Dread Dred on a legitimate sound system. I think I’d have a true out of body experience.