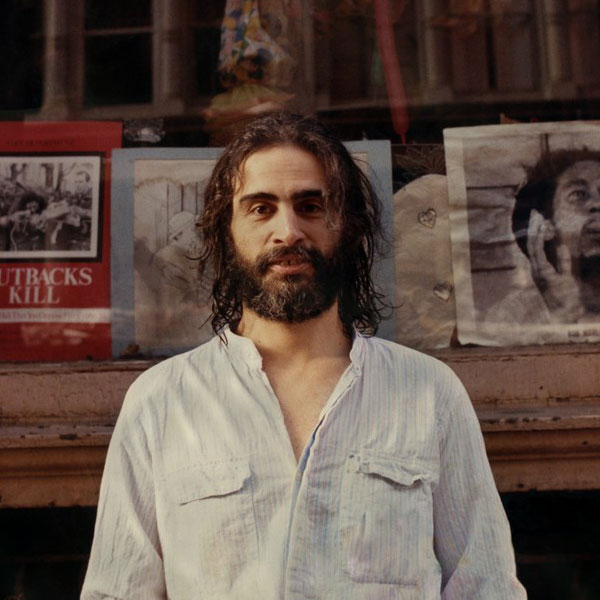 “No one was checking your identity at the door”

In terms of DJ culture, the underground began and, now as part of a wider party movement, continues with the Loft—even though the party’s pioneering host David Mancuso didn’t think of himself as a DJ and passed away in November 2016.

Born in 1944, Mancuso went to live in a children’s home aged two days old; his father was unknown and his mother was unable to look after him. Although Mancuso wouldn’t discover as much until Eddie, a friend from the children’s home, tracked him down in 1985 and showed him photos from their childhood years, Mancuso’s party took on many qualities of that formative childhood experience.

During their reunion Eddie showed Mancuso a photo of the orphanage. Remarkably, it bore an uncanny resemblance to the Loft. It transpired that Sister Alicia, the nun who took care of Mancuso along with Eddie, had organised regular parties to bring joy and happiness to the 16 kids who were under her care. She even went to a local record store to purchase music to play at the parties, apparently including James Brown.

Memories of his upbringing became dormant in Mancuso’s mind after he returned home at the age of five and learned to live with a psychologically and physically violent environment. He became a runaway, left school at the age of 16 and went to live in New York at the age of 18, hopeful that he would experience the exciting collective potential of a city before the Cuban Missile Crisis reached what many assumed would be its tragic denouement.

Over the course of the next seven years Mancuso absorbed radical influences that would further shape his social and musical vision. He started to frequent rent parties, a form of intimate socialising that involved tenants (usually from Harlem) putting on a party in their home in order to raise money to pay the rent. A friend who owned a pair of Klipschorn loudspeakers introduced him to the sonic potential of high end stereo equipment. He began to explore the potential of LSD while it was still legal and started to move in Timothy Leary’s orbit. Joining a movement that included significant numbers of artists and musicians, he moved from a cramped apartment in the Upper West Side to a ex-industrial loft in Lower Manhattan (the area now known as NoHo). He joined civil rights, anti-war and gay liberation protests. He breathed and embraced the collective and radical energies of the city.

After hosting a variety of parties in his loft, Mancuso arrived at the set-up that would define the rest of his life when he resolved to host an invite-only party on Valentine’s Day 1970, and to select the music himself at that gathering. (His preceding parties, organised by a collective named Coalition, featured Claude Purvis, the DJ from the bar-restaurant Max’s Kansas City, but that didn’t work out.) The invitation to the Valentine’s party carried the words “Love Saves the Day”, which evoked the idea of universal love and also indicated that the consumption of a certain psychedelic drug would enable love to enter new dimensions. Approximately 100 friends and friends of friends showed up and danced from midnight until dawn. Several months would pass before Mancuso’s invitees would name now-weekly event the Loft, yet the culture of dancing to the selections of a DJ changed during the course of the 14 February party. Instead of selecting five or six records in order to work his crowd up into a quick frenzy before putting on a slow record to “work the bar”, as DJs of the 1960s were required to do, Mancuso followed what he described as a “sonic trail” that loosely followed the three stages (or Bardos) of the acid trip. Instead of dictating to the dancers, Mancuso sought to enter into a conversation with them. Although dancers often came from historically marginalised backgrounds, Mancuso’s guiding principle was one of radical openness and inclusivity rather than a liberal, self-congratulatory notion of diversity. As Mancuso told me, “No one was checking your identity at the door.”

Thanks to its intimacy, warm stereo sound and sidestepping of New York’s cabaret licensing regulations, which meant that the parties could run their natural course rather than end abruptly at 3:30 in the morning, as was required of public discotheques, a new form of expressivity took root on the Loft dance floor. The dance lasted for longer and became more immersive and transcendental. The musical selections traversed space and time like no other party in history. The sound reached unprecedented levels of accuracy and warmth for a public system. Mancuso even employed engineers to build him tweeter arrays and bass reinforcements, two developments that went on to define future club systems, only to ditch the innovations when he went deeper into Class-A sound in the late 1970s. In case anyone ever wondered, the mirror ball (revived at the Loft) and an abundance of balloons reminded dancers that they were at a party—a house party.

By the end of the decade the host had inspired a wide range of future party hosts and DJs, many of them influential in their own right. The Tenth Floor, opened by a Loft regular and his friends, became the first party to mimic Mancuso’s private party set-up, although it did so for a strictly white male gay crowd. The Gallery, opened by Loft regular Nicky Siano, went on to become one of the most influential dance spots of the 1970s. Soho Place, Reade Street and most significantly the Paradise Garage all mimicked Mancuso’s party in different ways. Meanwhile the white gay end of the private party scene continued to draw on Mancuso’s private party approach, with Flamingo building on the Tenth Floor’s example and 12 West, like the Tenth Floor, opened by a Loft regular. Even the Warehouse in Chicago was opened by a Loft devotee, Robert Williams. DJ-remixers Larry Levan, Frankie Knuckles, David Morales, François Kevorkian, Tony Humphries and scores of others frequented the Loft and came to regard Mancuso and his party as their primary inspiration. These parties and DJs operated at the epicentre of nightlife during the 1970s, cultivating progressive crowds and breaking innovative recordings.

Having emerged in the pre-disco era, having never exclusively organised itself around a single genre, and having cultivated arguably the most dedicated dance crowds in the city, the Loft survived the backlash against disco without missing a beat. Admittedly Mancuso took a while to settle into his second, larger location on Prince Street, which opened in late 1975, this after the city forced him to close his space at 647 Broadway. In the process of the move Mancuso won a contentious and controversial battle that enabled him to open as a private party without fear of closure—a development that enabled Michael Brody to open the Paradise Garage and, soon after, Bruce Mailman to open the Saint, the largest white gay private venue of the 1980s. The most influential parties in the city formed a dedicated underground network that admitted dancers via invite and membership lists, refrained from selling alcohol, stayed open until the late morning/early afternoon and refrained from almost all forms of publicity in order to protect their status.

Mancuso fell on hard times following a fateful move to Alphabet City in the summer of 1984. Hoping to secure the long term future of the Loft by purchasing his own building the heart of the East Village, a historic centre for migrant communities, the plan backfired when Reagan withdrew funds earmarked for regeneration and the area descended into a drug war. A significant proportion of the Loft crowd refused to follow Mancuso to his new spot, which he subsequently lost to a charlatan lawyer. During this period Mancuso struggled to take care of himself, yet even after he descended into hardship and eventually lost his space he continued to insist that he would only contribute to hosting parties that followed the rigorous underground principles he had established at the Love Save the Day party.

Compelled to travel abroad if he wanted to save some money to purchase a new space, which remained his ultimate dream, Mancuso started to travel to Japan in the late 1990s and Europe during the early 2000s. On each trip he attempted to bring his organising ethos and principles to the new setting, and eventually found himself travelling most regularly to Japan (in particular Precious Hall in Sapporo) and London, where he invited Colleen Murphy and me to co-host parties with him; we soon became a collective that included Jeremy Gilbert and many others. In combination with these parties, the release of two David Mancuso presents the Loft compilations on Nuphonic along with the publication of Love Saves the Day: A History of American Dance Music Culture, 1970-79 contributed to popular recognition that Mancuso and the Loft helped pioneer many of the most socially and sonically progressive elements of DJ-led party culture—even though Mancuso always thoughts of himself as a party host rather than a DJ.

The purity, intensity and integrity of the Loft as it unfolded during the 1970s and early 1980s in particular have become all but impossible to match in a world that has lurched from individualism and competition to populism and division, with extortionate property prices and stifling regulations preventing non-commercial organisers from establishing footholds in global cities. Yet Mancuso and his parties in New York, Sapporo and London have nevertheless inspired the emergence of a like-minded network of parties that seek to prioritise collectivity, connectivity, stereo sound, sonic journeying, expressive dance and social inclusiveness. Interrupted by covid, the desire to connect in a socially inclusive environment that embraces audiophile sound, supports an open approach to music and aims to generate collective joy will survive across time. Drawing on practices and principles that run back to the beginning of human existence, its participants remain convinced that love will save the day.