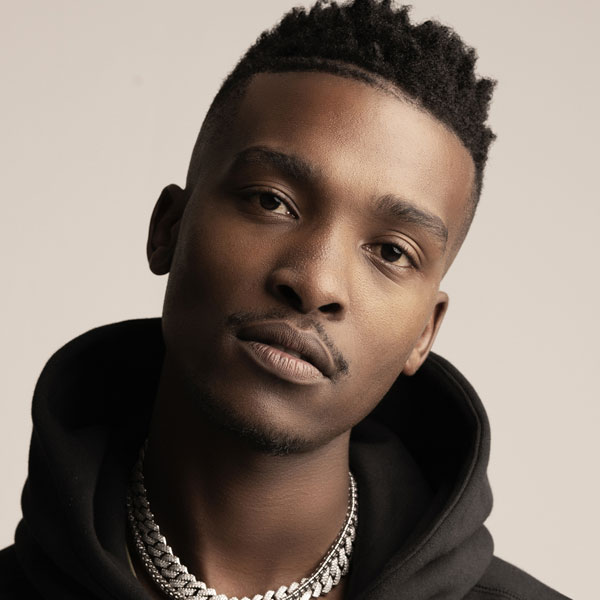 "Dancing is a language in itself. In South Africa we grew up with protest songs that our parents danced as a safe expression against the Apartheid regime."

Gqom (pronounced “gom” with a clicking sound on the “g”) is a uniquely South African sound. Grittier than kwaito, more polyrhythmic than SA house and more minimal than Chicago juke, it’s a deeply percussive, raw expression of the townships surrounding Durban’s city centre which now enjoys global acclaim. DJ Lag is a pioneer of the sound, and now one of South Africa’s most beloved DJs and producers, gearing up for his long-awaited debut album - Meeting with the King, out 18th February 2022.

His TRTD mix - which includes two new songs from the album not available anywhere else - is an ode to his city and the development of gqom 2.0, a sound he’s spearheading through the combination of amapiano, Afro House and Afro Tech.

Become a TRTD member from £3/month to access the download and a bunch more rewards powered by the underground.


First off, a huge thank you for donating your time to the TRTD Mix series. Why is The Right To Dance and War Child something you want to lend your support to?

War Child have always understood the music space well and this specific campaign has an electronic music focus which felt like a very honest fit. Obviously the organisation is doing amazing work with children and young people around the world and to be part of those efforts is truly a privilege.


Throughout history, people have fought for the right to dance for a variety of reasons, from the personal to communal. Why is dancing and, more broadly, dance music such an important part of your life?

Dancing is a language in itself. In South Africa we grew up with protest songs that our parents danced as a safe expression against the Apartheid regime. We continued to dance through every important ceremony and rite of passage. We are a musical culture and I would say in particular that South Africans dance amazingly. I love that each genre comes with a specific movement that becomes a way of communicating. Many people don't know that I was a dancer before I became a producer.


We ask our TRTD Mix guests to theme their mix around one of the four values that unite underground music and War Child’s work in the field - Community, Freedom, Identity, Self-Expression. Could you tell us which one you chose and how your mix represents it?

All four values are incredibly important to me and I will have a hard time to attach my mix to only one of them. What I can say is that right now (i.e. on completing the mix) I felt a great sense of achievement that I can be creating the type of music that I want and that it is received with so much support from communities around the world. So I would say self-expresssion is today's theme.


Any standouts from the mix you’d like to highlight?

I think you’ll enjoy having a sneak preview to material from my new album Meeting with the King that drops on the 18th February. The songs are not available anywhere else so getting a taste of them now means being one of the first people in the world to do so.


Taking a step back, how has community been important to your journey in music? Was there a community which offered your first route in, or one that continues to give you strength today?

Community and a strong attachment to my roots are very important to me. I have an event property Something for Clermont that happens bi-annually in my township of Clermont in Durban. It is a major highlight for me as we always have thousands of people coming to participate and be part of my journey. There is a sense of pride in the community that I come from there and in turn for me I feel this is a great way to give back to those who have been with me from day one.


If you could go back to any dance floor in history, what would it be and why?

Difficult one! I love my events Something for Clermont - those are massive in energy and numbers, but equally loved closing Sonar Barcelona in 2019, amongst many others!